Jon Jensen, founder of Tri M Graphics, learned about the industry through his employment at Jostens & Federated Insurance.  He was with Jostens – working 2nd shift for a number of years until his son Michael was born.  At that time Federated Insurance found him – where he stayed for over 13 years.

Jon was presented with the opportunity to go in to partnership with an established company in Owatonna, which he did.  That partnership and a subsequent partnership didn’t work out as he had hoped.  Thinking his days in the industry were over he went to work for a siding company.

Surprising to him in 1981 a former customer from his second partnership approached him to see if he would be willing to produce fundraising calendars for small rural schools across the country.  This person would drive from community to community selling these fundraising calendars to rural communities in remote locations.  He told Jon that he had some production equipment and some old typing equipment that could be used to design/set up the calendars.  Jon thought that it would be fun to do this as kind of a hobby out of his garage.  Little did he know that he was starting something that would forever change his future.

As word spread that Jon had equipment in his garage, customers found him and thus began M&M Printing.  Jon came up with the name M&M Printing – his story was “that he always worked for his children Mike & Mary – so why not name the business after them.”  This all started in 1981, by 1985 he was working eight hours a day hanging siding and then eight hours at night doing production out of his garage.

In 1985, while hanging some siding at a rural Steele County Church he and his coworker fell from some scaffolding landing two feet away from a stake in the ground.  After some time in the Hospital and some soul searching Jon felt that God was telling him to get out of the siding business.

From that point forward there was no looking back, Jon was definitely an innovator & believed in building strong relationships.  Along with some other business people in town, Jon purchased one of the first Mac Computers and Laser printers to stay on the leading edge of technology.  M&M Printing also had the first Fax Machine in Owatonna.  This attention to innovation and technology continues yet today with the purchase of one of the first digital equipment & latest Mac Design work stations in the region.

By 1988 M&M Printing had outgrown their location in Jon’s Garage – it was time to look for new space.  Jon was fortunate to find a building at 625 East Main Street that had been left vacant for a few years.  At one time it housed “Lorenzo’s Italian Restaurant”, “The Friendly Lunch – later known as Grace’s”; & “Jerry’s Auto Place”.  With the new location the reach & growth of M&M Printing grew beyond the boundaries of Owatonna and in to the Minneapolis Metro area – with this expansion came a name change.

There already was an M&M Printing in the Metro and they didn’t want the competition – they asked that M&M change their name.  At that Time Jon had a dog named “Max” & he knew that he didn’t want to stray too far from M&M Printing so he came up with the name Tri M Graphics.  The addition of the word Graphics also reflected his commitment to design as part of the printing-marketing process.  As a side note, M&M Printing in the metro is no longer in business.

1989 was the year that Michael Jensen, Jon’s son, joined the team.  The next year or so were a whirlwind of growth and expansion.  Realizing that there wasn’t going to be enough space in the current building, they explored the option of relocating or adding on to the existing building.

In 1990 the renovation of their existing building took place.  This was quite an undertaking as they kept operations in tact while they literally chopped the building in half and added the two story structure that you see today.  The open house for the new facility took place on January 16, 1991 – the same day that the first war broke out in Iraq.  In the morning the open house was well attended, but by afternoon the traffic tapered off as people wanted to follow the story breaking in Iraq.

Tri M Graphics continues to see growth and new relationships form with the clients that they have partnered with.  Tri M Graphics has a strong core value that has been with them since its inception back in 1981.

Tri M Graphics is committed to Building Relationships through Innovation and Integrity.

We Think Beyond Ink! 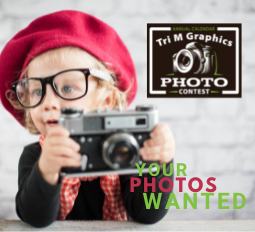 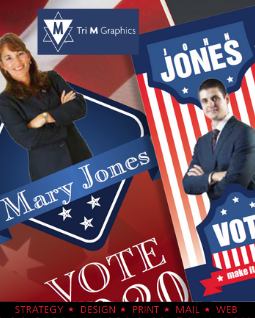 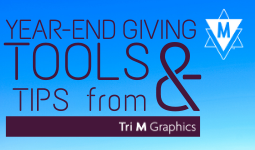